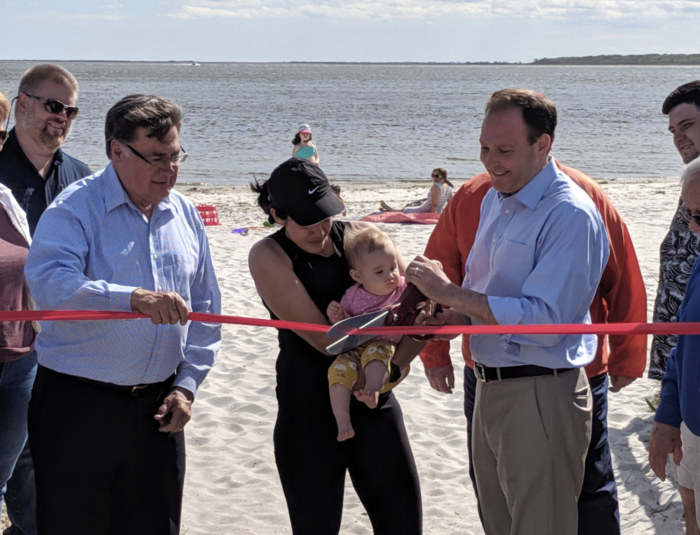 SAFEGUARDING OUR ENVIRONMENT ON LONG ISLAND

Nothing is more precious to us here on Long Island than the water we drink and the air that we breath. While some politicians talk about the environment by promising deeply flawed economic policies with no idea how to pay for the high costs, Lee has consistently delivered real solutions to protect our local environment.

As a member of the Bipartisan Climate Solutions Caucus, Coastal Communities Caucus, Congressional Shellfish Caucus, and Long Island Sound Caucus, Lee has worked with members of both parties to pass sensible, bipartisan legislation to protect our environment on Long Island.

In Congress, Lee heads up the effort to save Plum Island where he has secured with unanimous, bipartisan support House passage of his legislation to prevent the sale of the island to the highest bidder. Last year, the President signed into law a spending bill that included Lee’s provision that suspended the sale of Plum Island for one year. Lee’s tireless advocacy also led to the approval of a $1.5 million project to restore Plum Island lighthouse.

Lee has especially proven himself to be a champion at delivering for NY-1 by securing for his district numerous Army Corps of Engineers projects. He continues to work with the Army Corps of Engineers to secure dredging in coastal locations like Moriches Inlet, the Long Island Intracoastal Waterway, Wickham Creek, Lake Montauk, and West of Shinnecock Inlet to fight the threat of rising sea levels. In fact, as of the beginning of this year, of the $3 billion approved for the New York District of the Army Corps – which includes several counties in New Jersey- TWO-THIRDS of that money is now dedicated solely to our Congressional District.

Lee also remains staunchly opposed to the Green New Deal and all of the tax increases, and job-crushing red tape it would bring to Long Island’s economy. We need responsible solutions to safeguard our environment. Lee will continue to work across the aisle to find real bipartisan progress to protect Long Island from rising sea-levels and pollution.

< Previous: DEFENDING OUR SECURITY AT HOME AND ABROAD Next: FIGHTING FOR OUR VETERANS WHO FOUGHT FOR US >