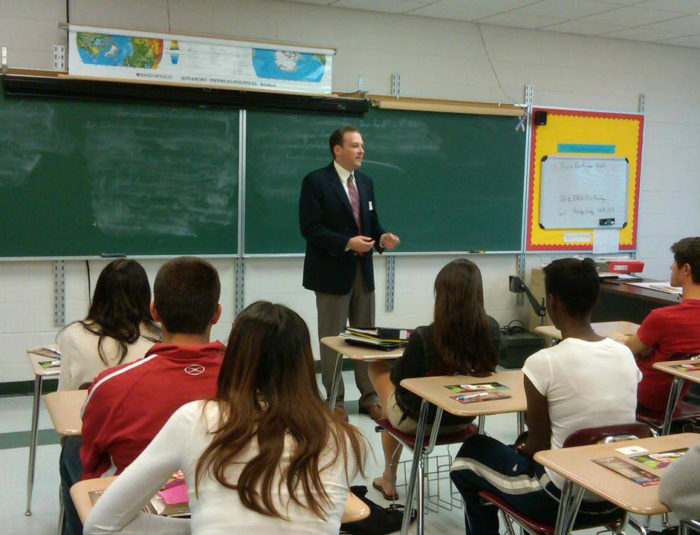 Lee is a lifelong Long Islander and is raising with his wife, Diana, their 13-year-old identical twin daughters, Mikayla and Arianna, who are starting high school. Time flies by so fast and it won’t be long before they enter college. That’s why, when he thinks about their future, he fights every day in Congress to ensure that they and their generation have access to every opportunity possible.

That is why Lee cosponsored the Wage Equity Act of 2019 to close the wage gap between men and women in the workplace and support equal pay. When Lee was in the State Senate, he voted in favor of the State Senate’s Women’s Equality Agenda, which included Equal Pay for Equal Work.

Lee also introduced the EXCEL Act in Congress, in order to lower the cost of student loans by creating a flexible repayment program based on income for a student’s individual needs, because access to a good education shouldn’t condemn students to a lifetime of crushing debt.

Improving education by protecting local control of our curriculums has long been a priority of our Congressman.

He has supported efforts to roll back the amount of federally mandated overtesting in our schools to shift the focus in our classrooms from testing to teaching. Lee has supported numerous bills in Congress to advance the investment in Science, Technology, Engineering and Mathematics (STEM) and reduce the skills gap.

Ever since arriving to Congress, Lee has also been outspoken on his view that if regular Long Islanders have to live within their means, so should Congress. Our national debt is an impending crisis that will pass down massive burdens to our children and grandchildren. Lee’s values and concern about our nation’s debt and deficits are reflected in many of his votes on the House floor, because Congress must control its spending for the sake of our kids’ futures.

Ensuring access to opportunity for our sons and daughters means not saddling them with debt. That’s why Lee has worked to lower student loan debt, spoken out against an out of control national debt, and will continue to oppose a public takeover of healthcare and the Green New Deal that will bankrupt our country for generations to come.