With your support, you can help keep Lee in Congress fighting for us.

Want to help Lee win? Sign up to Volunteer with the campaign!
VOLUNTEER

Lee Zeldin
In our new online ad, Suffolk PBA President, Noel DiGerolamo, highlights Radical Professor Nancy Goroff's extreme and out of touch policies and rhetoric attacking the brave men and women who protect our communities. She has:
- Called our police "dangerous”...that’s on video
- Proposed “moving funding” and sending in non-police to respond to domestic violence crime scenes instead of sending police...that’s on video
- Criticized riot gear being given to police to respond to riots...that’s in a photograph
- Refused to condemn the looting, rioting, and violence against police during her law enforcement screening...Suffolk PBA reported that update afterwards on Facebook
- Supported a bill that would enact cashless bail nationally & a massive early prison release, including violent criminals...also documented
- Refused to commit to supporting federal funding to combat MS-13...that’s on video
These points are well documented and you can see for yourself at RadicalNancy.com. My opponent then took her evolution on this issue to a whole other level at this past Monday‘s NY-1 Congressional debate, claiming there is no such thing as “defund the police agenda.”
Our local law enforcement officers should be supported MORE, not less. My opponent must be called out and defeated for her weak kneed attacks on Suffolk’s finest.

Lee Zeldin
I stopped by our campaign's Center Moriches Field Office this morning and the volunteers were hard at work to get out the vote! Election Day is just FOUR DAYS AWAY and this is your last opportunity to get involved! You are the difference between winning and losing this race. If you are willing and able to knock doors or make calls, sign up here today! https://zeldinforcongress.com/volunteer/

Lee Zeldin
Amy F. Thomas is the Assistant Chief of the South Country Ambulance Company in Brookhaven. During the height of the COVID-19 outbreak, I worked around the clock to deliver vital PPE, testing approvals, funding, and many other resources for our front line first responders, law enforcement, doctors, nurses and others protecting public health. Whether it was securing thousands of ventilators, Suffolk County access to the Municipal Liquidity Facility, and so much more, my mentality then, which is my same approach today, is that we should be tackling the pandemic not as Republicans first or Democrats first, but as Long Islanders first and Americans first.

Lee Zeldin
🚨 ENDORSEMENT ALERT: I am honored to have the support of the Fire Marshal's Benevolent Association! Thank you to these exceptional men and women for protecting public safety!

Lee Zeldin
We had a lot of fun shooting this one! Thank you to my daughters, Mikayla and Arriana, for starring in my new ad, "Sophisticated”, and knocking it out of the park. Here are some of the great moments that didn't quite make it into the final cut.🤣

Lee Zeldin
🚨Another Law Enforcement Endorsement! Thank you to the brave men and women of the Detectives Endowment Association for your support! I will always unapologetically have the backs of our law enforcement officers who sacrifice so much to keep our communities safe.

Amy Thomas is Asst Chief of South Country Ambulance in Brookhaven. During the height of the COVID-19 outbreak, I worked around the clock to deliver vital PPE, testing approvals, funding & many other resources for our front line first responders, law enforcement, doctors & nurses. https://t.co/zkCjbdL45J
View on Twitter
17
31
Lee Zeldin @leezeldin

On top of the vids/pics/docs of Radical Professor Nancy Goroff's anti-police policies/rhetoric (see https://t.co/NAs31mh93N), at last night's NY-1 debate, Goroff took her flip-flopping to a bizarre next level. Now she says there's no such thing as a "defund the police agenda": https://t.co/w085yJa9fb
View on Twitter
28
48
Lee Zeldin @leezeldin

Great time knocking on doors & talking to voters in Hampton Bays yesterday! Election Day is just ONE WEEK from Tomorrow & Early In Person Voting started in NY Sat. If you are able to volunteer any of your time between now & Election Day, sign up here! https://t.co/Pla30aYw3Z https://t.co/RA6FGDv8Mg
View on Twitter 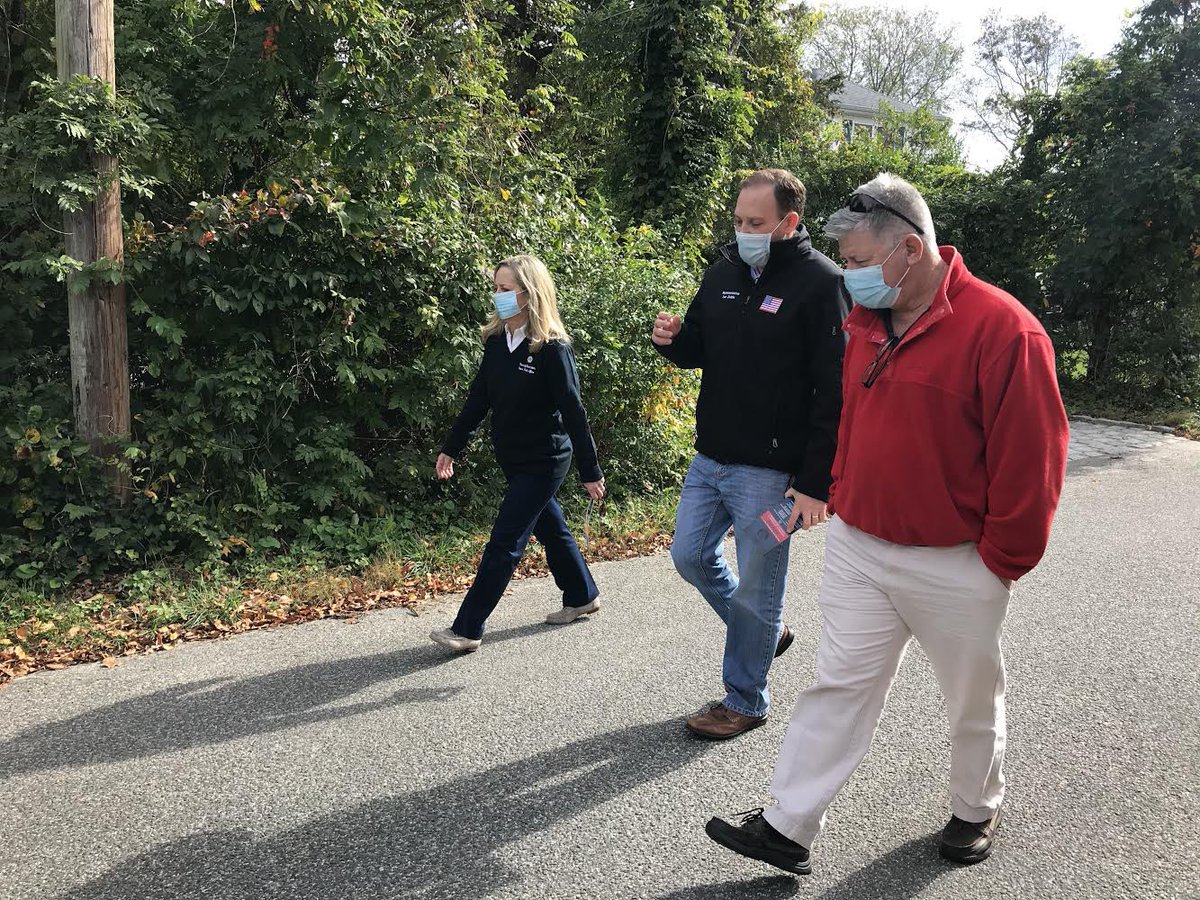